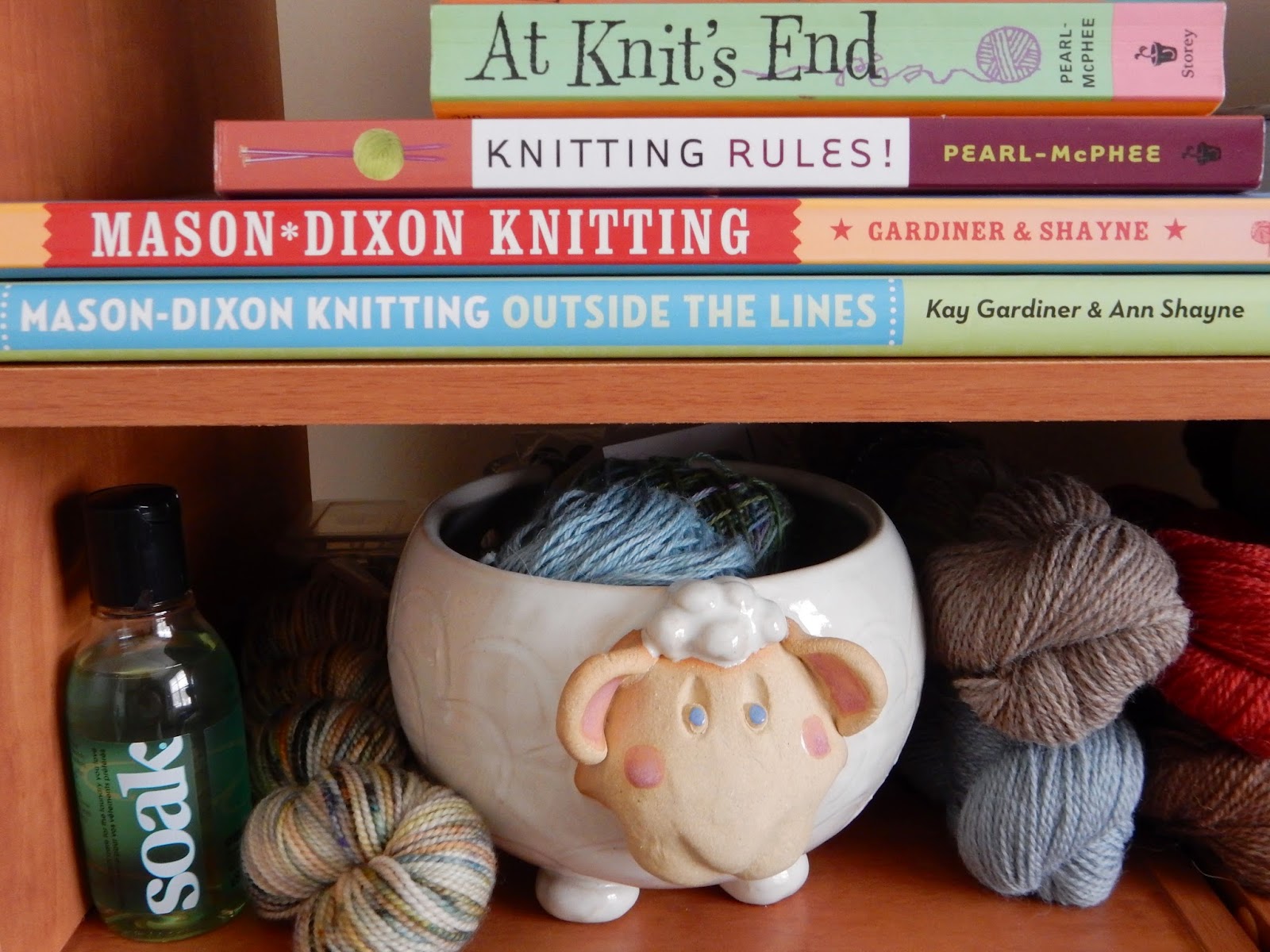 Hi there,
October 2010:  So I dropped by a colleague's office to take a look at a baby blanket she had just finished knitting as a gift for a baby shower. It was made in multi-colors of Peaches & Creme cotton, and she called it a log cabin design. I LOVED IT! Then she showed me the book containing the pattern, Mason-Dixon Knitting, and told me there was also a blog. I couldn't get back to my office fast enough to look it up, and I remember the first post I read was this! The next morning I ordered the book from Amazon. I spent several weeks devouring the book cover-to-cover and binge reading the blog from its first entry. This is when I knew I wanted to become part of this online click for knitters. I emailed the authors Ann and Kay to say hey, and they were both kind enough to reply. Soon after, I discovered the Yarn Harlot and repeated the process--binge reading Stephanie's blog and purchasing her books.

February 2014:  It was a Sunday morning, and I happened to glance at Twitter on my iPhone. There was a new tweet from Kay Gardiner saying she was visiting the town nearby where I work. I immediately attempted to tweet her back, but I had no clue what I was doing. When I didn't get a response, I tried sending her an email, and she replied (!) and agreed to meet me for coffee (!!) I was a nervous wreck, but once we started to visit, the awkwardness disappeared, and it was like any other chat with a friend. Kay is amazing! I had the privilege to meet her family too.

I've had some pretty cool encounters in my life:  I drove QB Peyton Manning in my minivan to my kids' elementary school when he and I were at The University of Tennessee.  I've met and chatted with NBA Star Stephen Curry when he was a student at Davidson. And last summer we got to see Derek Jeter play in his last game against the Red Sox at Fenway Park in Boston. Spending an hour with Kay was by far cooler to me than any of those experiences!  I always had the feeling I would have the privilege to meet her, but thought it would be in NYC. It was extra special to see her in NC.