A love letter to our family pets

We adopted our first family pet as soon as our kiddos were old enough to participate.

In Tennessee, first came Domino when Steph and Ben were around two and four. The mother cat was a stray who gave birth to a litter in the neighbor's garage, and they were eager to farm out the kittens. We chose Domino, you can tell how his name was picked. 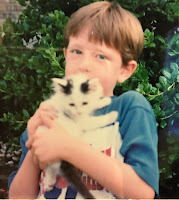 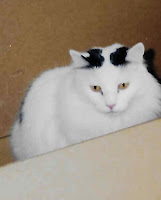 Also in Tennessee, the sweet Bagheera girl came to us. I witnessed the jerk park in front of our house and throw her out of his truck. She was young, and we couldn't not feed her. Not too long after that, during a rainstorm, she gave birth to one stillborn kitten. I rushed her to the vet where she had to have an emergency c-section to deliver several others that didn't make it. She was too young and small to be having her first batch of kitchens. Throw in some shots and spading, and that vet bill was about $350 at a time when that was not in the budget. But she was well worth the investment. 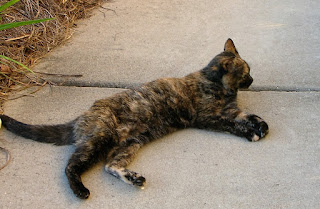 Both cats moved with us to North Carolina. Bagheera became a neighborhood celebrity, sunbathing in the driveway where anyone walking by would stop and pet her. Domino and Bagheera loved each other and lived happy long lives. 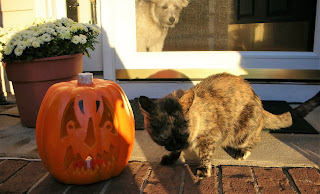 Next we adopted Mickey from a farm. 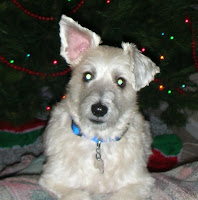 Mickey was a terror terrier mix. I loved him dearly, but he was a handful. He didn't like other dogs or other people. He only liked me, and we were both un-trainable. After he passed, we took a break from animals. During the middle school years, we had a variety of other critters: lizards (ewwww), a hamster, and even Gilbert the turtle.

After Ben left for college, Steph was lonely and decided we had to have a new family pet while she was still in high school. So for her 17th birthday, we adopted Sully. She was a rescue and brought us the gifts of ring worm and ear mites. Again, she was worth the investment of vet bills and nursing. 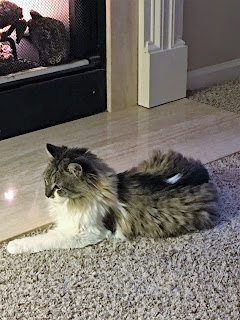 Steph left for college, and Sully became mine. And she has been my most favorite of all, just the sweetest baby. I'm sorry to say that she became sick in January, losing a lot of weight. She spent the last two weeks of her life laying in front of the gas logs, which I had turned on for her any time that I was at home. 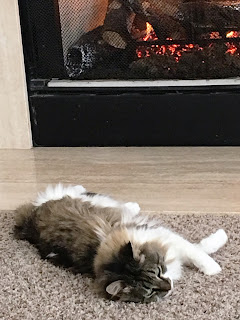 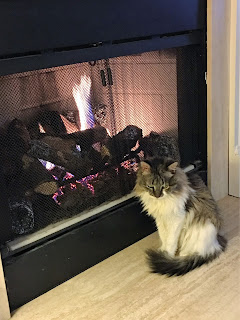 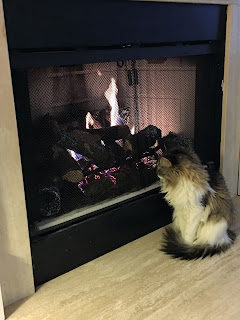 I miss her so much, and the house seems especially empty now. But I've declared NO MORE PETS until I retire! 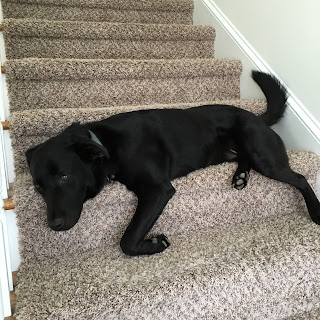 We are so lucky to have Granddog Bear visit whenever we wish! He's the best-est ever!